In nature, limonene is formed from the molecule geranyl pyrophosphate, via cyclization of a neryl carbocation or its equivalent. In the final step, the C=C double bond is formed through the loss of a proton from the carbocation.

Commercially, d-limonene is obtained from citrus fruits through the process of steam distillation and centrifugal separation. Commonly, orange oil is extracted as a by-product of orange juice production by centrifugation. The orange oil obtained composes greater than 90% of d-limonene. Further separation takes place via steam distillation, where steam is passed through the orange oil to distill limonene. Limonene is relatively stable and can be distilled without decomposition, but at elevated temperatures, it cracks to form isoprene. The limonene extracted is commonly D-limonene, but at 300°C it racemizes to dipentene.

d-limonene (as content of dipentene) is definitely a preferred solvent when it comes to safety and the environment. As a  naturally occurring solvent, it blodegrades quickly, is much less toxic than mineral spirits and the chlorinated solvents; and is non-reactive to metals

It is also increasingly used as a solvent. It is used in the manufacturing of resins, as a wetting and dispersing agent, and in insect control. In pharmaceuticals, limonene is added to help medicanal ointments and creams penetrate the skin. In manufacturing, limonene is used as a fragrance cleaner (solvents), and as an ingredient in household cleaning products, cosmetics, and personal hygiene products 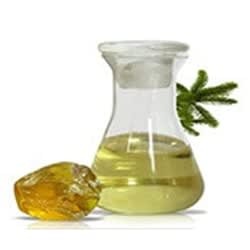